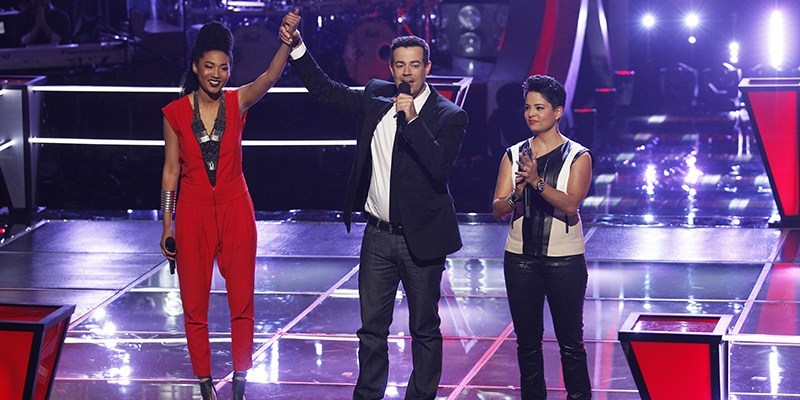 In the April 15 episode of The Voice 2013, we were blown away by the battle between Team Adam Levine contestants Sasha Allen and Amber Carrington. These two powerhouse singers sang an emotion-fueled duet to P!nk’s “Try,” and in a surprising turn of events, Adam went with country-singing Amber over soulful Sasha despite the New York native’s four-chair turn in the blind auditions.

But Sasha didn’t have to worry about an early exit. Both Usher and Shakira pressed their buttons to steal her and suddenly she was faced with the challenge of picking a team once again.

Wetpaint Entertainment caught up with the singer after her audition aired to ask her about the difficult decision she faced.

“I wanted to say, ‘Time out, hold on, give me a minute, can I go talk to somebody?’” she said. “They all seemed so passionate and so genuinely passionate about what they thought they could do with me. It’s a nightmare. Two people that I completely respect, having to choose, it’s horrible. It honestly could have gone either way. But then I just thought about the woman aspect of it and what [Shakira] could really teach me as a woman performer.”

Now Sasha is on Team Shak, but is there anything she would have changed to sway the outcome of the battle in her favor?

“I don’t think the song was necessarily something that can show everything that I have,” she admitted. “I did the best that I could with the song. I think the song is amazing, and maybe if I were singing it alone or if we got to sing the whole song, maybe there would have been a different outcome with what I could give.”

What do you think of Sasha’s performance and her new coach? Tell us below!