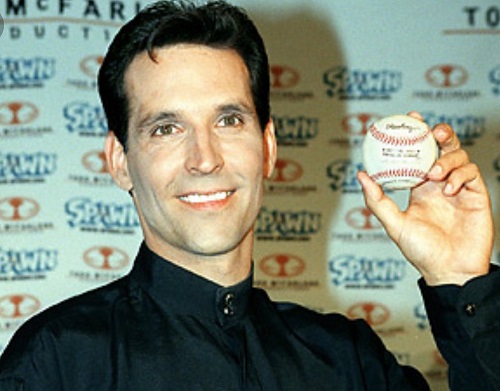 What’s the deal with society’s celebrity obsession? At every turn, it seems like another piece of cherished celebrity memorabilia is up for sale. (Not always entirely voluntarily. Exhibit A: David Hasselhoff’s recent reality TV auction; seems like he really needed the money.) Some items are understandable — who wouldn’t want the original Tin Man or C3PO costumes, for instance? (Don’t answer that.)

But others are downright weird. You won’t find them on legitimate online auction sites, that’s for sure. That doesn’t mean they didn’t fetch a pretty penny, though:

It’s hard to get more “normal” than a baseball, even one knocked out of a major league park. That’s why it’s perplexing to a lot of folks, namely non-sports-geeks everywhere, that Mark McGwire’s 70th home run ball sold for an eye-popping $3 million. Keep in mind that Barry Bonds is the current all-time home runs per season record holder, at 73. It’s just not clear why this ball is that important.

“Luke, I am worth more than your life!” would have been more accurate.

Darth Vader’s headpiece, which hid the Star Wars’ villain’s scarred visage for most of the original trilogy, is little more than a cheap piece of plastic, the sort of accessory world-wear suburban kids would turn up their noses at coming Halloween time. But there’s apparently something to be said for context — namely, that this particular helmet was seen by millions of movie fans around the globe (and probably gave a fair number of them nightmares). In 2003, the famed Darth Vader helmet sold for $115,000.

No, Civil War buffs, not the guy who led the Confederacy’s battle effort. This General Lee is far more famous and important. That’s right: We’re talking about that trusty old muscle car from the Dukes of Hazzard.

Roll your eyes if you must, but lots of people seem willing to pay top dollar for what would otherwise be an obsolete old gas-guzzler. In 2007, General Lee sold for nearly $10 million* on eBay. That’s vintage-Ferrari pricing, people.

*The sale closed at $10 million, but the winning bidder — a bit conveniently, we might add — pleaded ignorance, claiming that his account had been used without his permission. Eventually, the sale was annulled, and the car was resold at auction for $450,000.

A few years ago, Scarlett Johansson went on a late-night TV show. She had a cold, or allergies, or something. The host offered her a tissue. She sneezed into it.

And then things got weird.

That tissue — call it the ScarJo Tissue if you must — quickly found its way onto the Internet, where it sold for more than $5,000. Not a bad take for an artifact that took literally two seconds to produce.

No one wants to see that, Andy. Except, apparently, everyone.

That’s right: A silly hairpiece is once worn by artist-iconoclast Andy Warhol, who hid his male-pattern baldness well, recently sold for more than $10,000. He probably bought it for a thousandth of that amount back in the 60s, so no one can claim his investment didn’t work out.