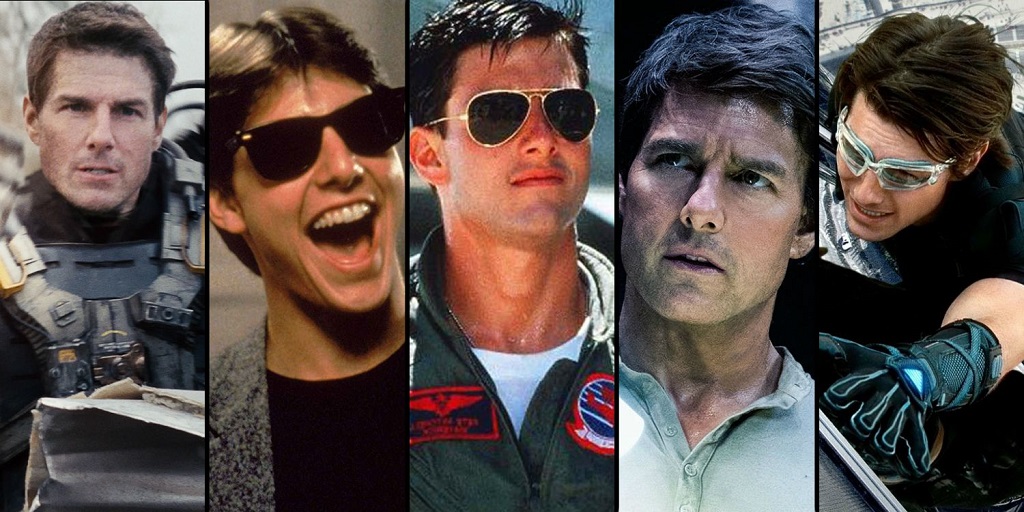 Tom Cruise is not just an actor or one of the many stars who light up the Hollywood sky. Tom Cruise can now be considered a real icon, one of the very symbols of the stars and stripes cinema of the last decades.

However, the title of authentic cinematic legend did not come suddenly. The 54-year-old star has earned it interpretation after interpretation, with hits from great films both authorial and? and, above all, with one memorable character after another.

Over the course of his brilliant career, Cruise has not only amassed a string of excellent performances for some of the best directors of all time, from Steven Spielberg to Stanley Kubrick, but also a long list of characters who are true idols.

On the occasion of the release of his new action movie Jack Reacher? “Point of No Return, the sequel to Jack Reacher?” The decisive test in Italian cinemas from 20 October, we rediscover ten roles and characters that have transformed Tom Cruise into a myth.

A teardrop Ray-Ban on the face and a leather pilot jacket on, Tom Cruise enters not only the part of Maverick but also the collective imagination. With Top Gun, one of the greatest cinema and pop culture phenomena of the 1980s, the actor becomes a star all over the planet and a model of style to follow and imitate. A cult still much loved today, recently returned to fly in the skies, or rather in cinemas to celebrate the thirtieth anniversary of its release.

Tom Cruise is one of the most reckless actors around and doesn’t hold back in the face of anything. Proof of this are the most? Impossible? Scenes? of the Mission: Impossible saga. As agent Ethan Hunt, the actor shot numerous risky sequences without the help of stuntmen, proving himself an action hero not only by the script but also in real life.

In the splendid film directed by Paul Thomas Anderson, Tom Cruise plays a very special role. In Magnolia he is a? Life coach? a guy who teaches men how to hook up and have confidence in themselves, through straightforward language and a very captivating style. Impossible to resist a character, and an actor, who is so magnetic. The only ones who said no to him were the members of the Academy, who in 2000 awarded him the nomination but not the Oscar for Best Supporting Actor of the Year, preferring Michael Caine in The Cider House Rules.

More than just a film, Jerry Maguire is a long series of memorable “Cruisin” scenes, from when his character is fired and leaves the office to the phone call to the football player played by Cuba Gooding Jr., passing through the romantic declaration of love to Renée Zellweger. In the role of the sports agent who gives his name to the entire film, Tom Cruise gives an interpretation that is constantly over the top and constantly applauding. In a role like this, no one could do better than him.

If Top Gun made him a global icon, the first role to make him a teen idol was as the lead in the hilarious comedy Risky Business. The scene where he dances and sings in only his shirt, underwear, and socks has made millions of girls dream and has been imitated by anyone who has stayed home alone at least once in their life.

Tom Cruise in Cocktail is a charming young 80s yuppie who embarks on a successful career as a bartender. The actor in the part is so convincing that he has been an example for (almost) all those who have tried the same path, yesterday as today. Not just a character, but a lifestyle.

Before Edward Cullen from Twilight and even before Angel and Spike from the series Buffy the Vampire Slayer, the coolest vampire around was Lestat de Lioncourt, accompanied by two immortals? Colleagues? not least, Louis de Pointe du Lac ( Brad Pitt ) and little Claudia ( Kirsten Dunst ). A wild and unbridled trio, able to make Dracula appear almost an amateur by comparison.

In Rain Man – The rain man, the attention and applause, both from critics and the public, went above all to the character with autism played by an Oscar-winning Dustin Hoffman. What few have pointed out, however, is how in Barry Levinson’s film there is also an excellent Tom Cruise, perfect in his usual handsome and superficial yuppie part, but who in the end proves to have a great heart.

Often and gladly in the course of his career, Tom Cruise has held positive roles, or in any case, models to follow. In the hitman, Vincent, star of the noir-thriller Collateral of Michael Mann, has instead proved to be suitable for making even the bad. It must be said, however, that the actor is now so loved that not even in the role of the villain you can not want him too badly.

In Adam Shankman’s film based on the Broadway musical of the same name, the 80s are revived, those of the most exciting and flashy hard-rock of bands such as Guns ‘n’ Roses and Bon Jovi. With a look and moves halfway between Ax- + l Rose and Bret Michaels from Poison, Tom Cruise is more irresistible than ever as rock star Stacee Jaxx. The film as a whole is not evil, but what makes it truly unmissable is the incredible performance, both acting and musical, of the unleashed actor.

You may also like to read, These 5 Weird Celebrity Artifacts Sold for a Lot of Money