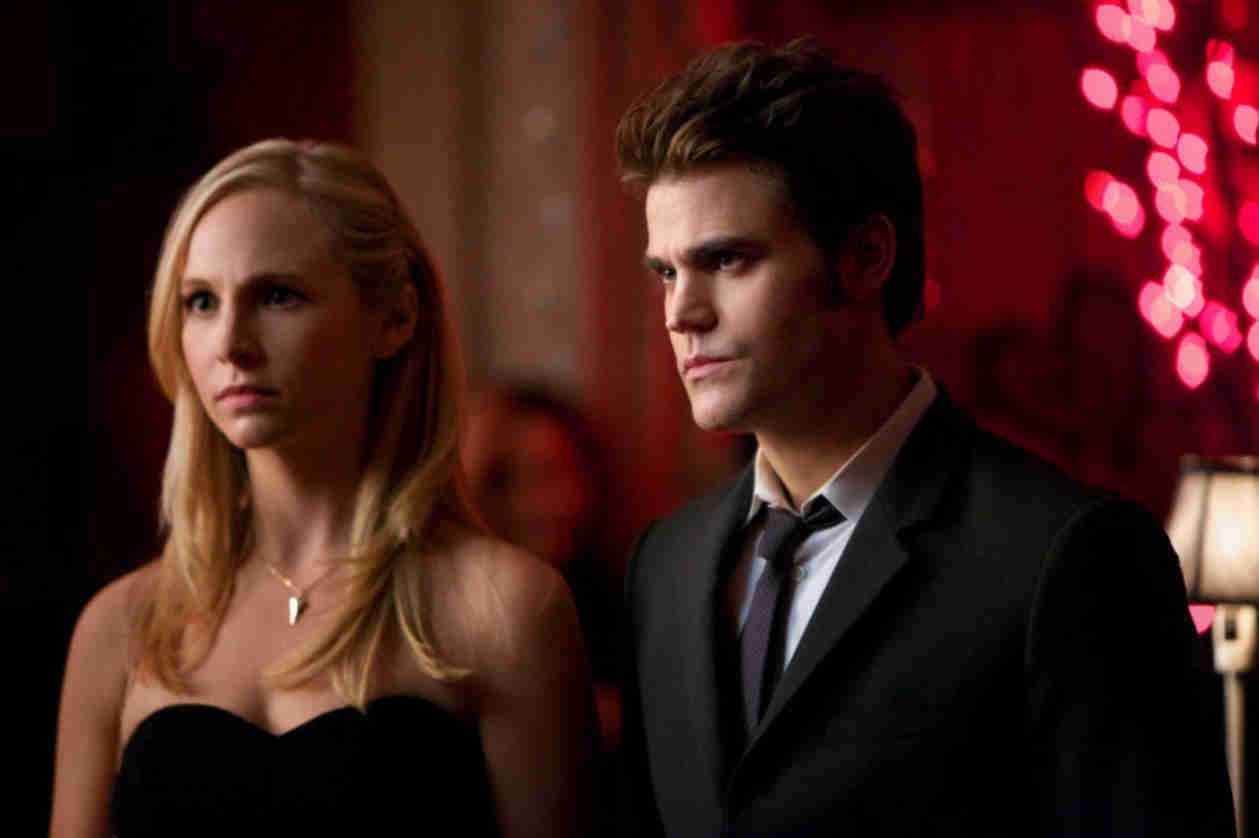 If you can’t wait until the next episode to find out what’s happening with Stefan, Elena, Damon and the rest, you’ve come to the right place. Whether you’re captain of a ‘ship or you just tune in for the chills and blood spills, we’ve got you covered.

We’re obsessive about our spoilers and whether it’s the latest interview from Zap2It or spoiler-y tidbit from TVLine, we make sure you’re the first to know about it!

Don’t peek if you don’t want to know!

You’ve also come to the right place if you love speculation! Whether it’s trying to figure out why Katherine wants a cure for vampirism to doing some sleuthing about who’s hooking up with who based on promo videos and sneak peek photos, we are always trying to figure out what twist and turns those clever TVD writers have in store for us! We love theories, so be sure and send yours to tips@wetpaint.com! We’ll check it out ASAP!

Who Will Die on The Vampire Diaries?

Mystic Falls is a dangerous place. Lives are always on the line, and even major characters aren’t safe. We learned this early on Season 1 when Vicki Donovan turned into a vampire and was killed by Stefan. Fast forward to Season 2 when Klaus ruthlessly murdered Aunt Jenna.

The trend of big deaths continued in Season 3, when Alaric turned evil and then died. Shockingly, it was Elena’s death that ended the history teacher’s life. Luckily, she had vampire blood in her system and returned as a bloodsucker in Season 4. However, that didn’t make her invulnerable to loss, and her brother, Jeremy, had his neck snapped — permanently — by an ancient witch turned immortal named Silas.

What would TVD be without its main love triangle? A lot less heart-wrenching, for one thing! The Salvatore brothers both fell for the same girl. While Stefan instantly won her heart, it took a while for things to heat up with Damon. But both have a claim on her heart, and no matter which brother she’s with, the other is always in the back of her mind. The fans have opinions on whether Elena should be with Damon or Stefan — and so do the characters.

In Season 4, Elena started off back together with Stefan. But things went south with them, partly because he didn’t like her new vampire side and partly because she had formed a sire bond with Damon. It was his blood that turned her, but it’s not clear how much of her feelings for him were real or a product of the bond.

Right now, it doesn’t matter, because Elena flipped her humanity switch after Jeremy’s death. She doesn’t have feelings for anyone.

Klaus, Rebekah, and Elijah are soon headed for New Orleans. Witches are plotting against the Original hybrid and the siblings revisit the town they helped shape in the 1900s. The Originals will get reacquainted with Marcel, Klaus’s former mentee, and Hayley, whom Klaus knows pretty well at this point.

With Klaus heading to New Orleans, there may not be much hope a romance for him and Caroline. However, we can always keep our fingers crossed for a crossover.